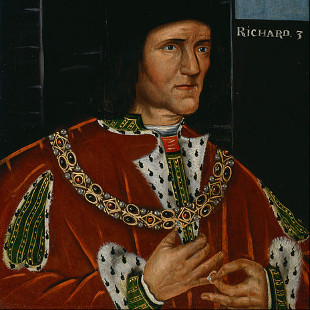 WIKIMEDIA, BRITISH SCHOOLThe remains of King Richard III, who died in 1485, were discovered beneath a parking lot in Leicester, U.K., in 2012, and their identity was confirmed last year. According to BBC News, the king’s final resting place has since been the subject of a legal battle. Before the medieval British monarch is reinterred, scientists from the University of Leicester are collecting bone samples from which to extract DNA, in the hopes of sequencing Richard III’s genome. The scientists will also sequence the genome of one of his living descendants, according to a Wellcome Trust statement.

“It is an extremely rare occurrence that archaeologists are involved in the excavation of a known individual, let alone a king of England,” the university’s Turi King, who is leading the project, said in the statement. “At the same time we are in the midst of a new age of...

“The idea is that this will become a resource for people to look at,” King told the Los Angeles Times. As The Guardian noted, King told reporters that, once it’s complete, she and her colleagues plan to deposit Richard III’s genome sequence in a publicly accessible archive.

“We’re still in the early stages of genetic analysis, we don’t know everything about our genomes, but by making this one public, it is something that people can come back to for decades. He becomes a learning resource for everybody.”