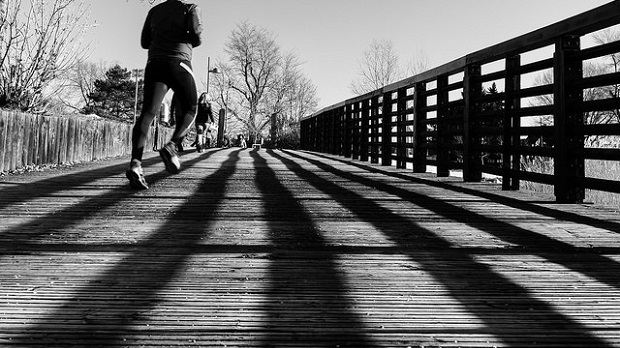 FLICKR, D26B73Can exercising help treat cancer? The short answer is: we don’t know. At a session today (April 18) at the annual conference of the American Association for Cancer Research (AACR) in New Orleans, researchers discussed the epidemiological and preclinical work that has suggested exercise might be beneficial for cancer patients, and emphasized the need for more research to understand this complex relationship.

“We’ve got to do a better job of getting better data,” session chair Lee Jones of the Memorial Sloan Kettering Cancer Center said. “We don’t even know to date if exercise has any efficacy in terms of anticancer benefits.”

Mark Dewhirst of Duke University in North Carolina focused on work investigating the effects of exercise in mouse models of cancer during his AACR talk. Unfortunately, he noted, among 53 papers on the topic, he found “tremendous heterogeneity,” making it “hard to come up with any kind of consistent pattern.” Still, several studies individually point to a positive effect of physical activity on tumor progression in mice, he noted. In one study, “exercise worked as well as chemotherapy,” Dewhirst said, and the combination of chemotherapy and exercise had even better outcomes.

Animal research allows scientists to probe the potential mechanisms underlying the effects of exercise on cancer outcome. Exercise appears to increase vascular profusion, and to result in more mature vasculature, Dewhirst noted. In addition, studies on animals have found a decrease in cellular oxygen consumption, possibly related to an increase in apoptosis. Taken together, it’s not surprising, then, that tumors in these animals experienced decreased hypoxia.

Going forward, Jones emphasized the need for a more traditional approach to studying the role of exercise in cancer. Even though this sort of intervention is not regulated by the US Food and Drug Administration (therefore, preclinical data are not needed to begin human trials), research efforts could be more fruitful if scientists used epidemiologic results to inform preclinical testing, which in turn could help guide the design of clinical trials. “An adoption of a translational approach, just like we do in the drug world, is absolutely essential,” Jones said.