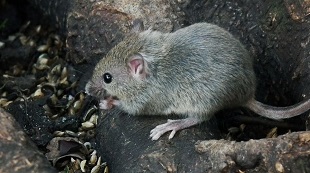 WIKIMEDIA, 4028MDK09Mice in the wild like to run on exercise wheels as much as lab mice, according to a study published this week (May 20) in the Proceedings of the Royal Society B. A team led by Johanna Meijer at Leiden University in the Netherlands conducted an unusual experiment to answer a long-standing question about whether wheel-running is a stress-induced behavior only caged lab mice perform.

Meijer first set up a wheel in her backyard with food nearby to entice the mice and a motion-sensitive camera to capture their activities. Then, she and her colleagues repeated the experiment at a dune-filled natural preserve and found similar results. Not only did wild house mice run on the wheel, but so did rats, shrews, frogs, slugs, and snails.

“When I saw the first mice, I was extremely happy,” Meijer told The New York Times. “I had to laugh about...

The finding “puts a nail in the coffin” of the debate over whether mice and rats run on wheels in natural setting outside the lab, Ted Garland, an evolutionary physiologist at the University of California, Riverside, who was not involved in the work, told ScienceNOW. He speculated that wheels are a safer way for animals to enjoy running other than crossing open fields. "There's something attractive about being able to get in a wheel and run unfettered,” he said.