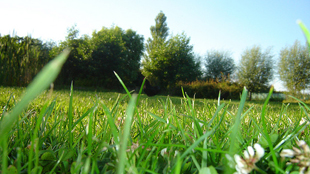 Rapidly declining biodiversity may contribute to the increasing prevalence of allergies among urban populations, according to a study published Monday (May 7) in the Proceedings of the National Academy of Sciences. Teens in rural areas of Finland, who had significantly more exposure to a diverse array of friendly microbes, had fewer allergies than urban teens surrounded by less biodiversity.

"We are proposing that contact of people, particularly children, with the natural environment and biodiversity could be really important for the development of the immune system," Ilkka Hanski, an ecologist at the University of Helsinki and lead author of the study, told ScienceNOW.

The researchers collected skin swabs from 118 teenagers in eastern Finland who lived in the same houses their whole lives, some on rural farms and other in urban towns. The team found that teens living on farms or near forests had more...

"We're not claiming that contact with nature and biodiversity is the only important thing [to allergies], but it could be a significant contributing factor,” Hanski told ScienceNOW. And it may be a reversible trend, he added. "Urbanization can't be stopped, but perhaps we should take the planning of green spaces in cities more seriously."