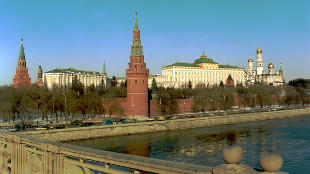 The Kremlin is crafting laws that could end up excluding foreign researchers and scientific organizations.WIKIMEDIA, IKAR.USA proposed Kremlin law is threatening to ban some foreign scientists and western research foundations in Russia. Lawmakers in the country are claiming that organizations seeking scientific talent in Russia and providing opportunities for Russian scientists to study abroad are destabilizing the nation, politically and economically. The legislation, which will be considered by the Russian State Duma on August 27, according to University World News (via The Chronicle of Higher Education), has President Vladimir Putin’s support. If fully ratified, the law would amount to a list of scientists and organizations, many from the West, which would no longer be allowed to operate within Russia.

Researchers in Russia have already protested the move, calling the move to cut scientific ties with the West an injury to research enterprise in the country. “Alas, science...

Already included on the scientific blacklist are several US organizations that promote scientific scholarship in Russia. Among these are EF International Academy, the US Department of State’s Bureau of Educational and Cultural Affairs, the German Goethe cultural center, the Soros Foundation, and the MacAurthur Foundation.

Although the legislation hasn’t yet gone into effect, some Russian scientific organizations are feeling the brunt of an earlier law that branded them “foreign agents.” The Dynasty Foundation, which has awarded grants to early-career investigators in Russia since 2002, shut down last week (July 8). It was deemed a “foreign agent” under a 2012 law because its founder, Russian millionaire Dmitry Zimin, supports the organization using foreign bank accounts, according to The Guardian.