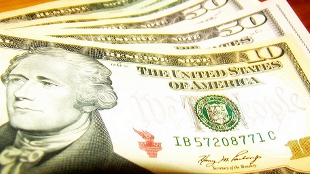 As Occupy Wall Street demonstrations spread to college and university campuses, with students protesting ever increasing tuition hikes, university presidents are earning many times what the professors are taking home, with outliers getting over $4 million in 2009, reported The Chronicle of Higher Education.

Of the 401 presidents included in the survey, the median earned roughly 0.4 percent of the school’s operating budget.  But some of presidents who earned the highest percentage of their institutions budget were from small or less well known institutions. One example is Charles Polk, president of Mountain State University in West Virginia who, at $1.8 million, earned 3.5 percent of his school’s budget, even while the University struggles to renew its accreditation.

Some of the big research universities are high on the list of total executive compensation. Drexel University president Constantine Papadakis leads the pack with $4.9 million, Johns Hopkins...

This month, The Scientist brings you the results of our own salary survey which includes salaries for academic, industry, government, and nonprofit institutes in the life sciences. Check out how much you make compared with your colleagues in other fields.