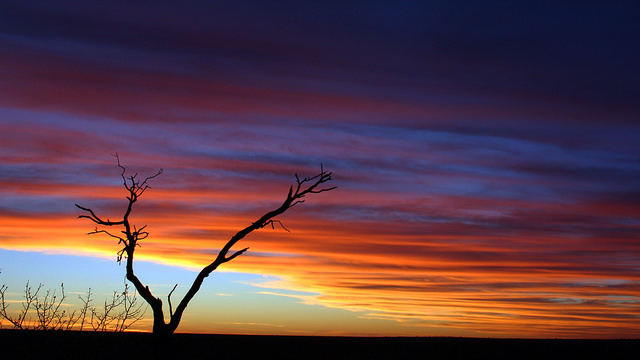 Kalahari desert, South AfricaFLICKR, CHARLES SHARPThe indigenous San people of southern Africa are commonly studied—scientists are interested in their hunter-gatherer lifestyles, click languages, ancient rock art, and more. Now, traditional leaders of three San groups, representing around 8,000 people, have issued an ethical code of conduct for researchers hoping to continue investigating the groups’ culture and biology. Earlier this month (March 2), the !Xun, Khwe and !Khomani group leaders issued guidance that encourages scientists to submit research proposals for review by a panel of community members, threatening a lack of cooperation with scientists who do not comply.

“We’ve been bombarded by researchers over the years,” Hennie Swart, director of the South African San Institute in Kimberley, which helped to develop the code, told Nature. “It’s not a question of not doing the research. It’s a question of doing it right.”

Another point of contention is that, despite...

The main impetus for the new code comes from a 2010 study, in which the first genome sequences from people in southern Africa, including four San men from Namibia, were published, Nature reported. Each of the San men had given verbal consent for the study, which was approved by the Namibian government as well as ethics committees at the researchers’ home universities in Australia, South Africa, and the U.S. Nevertheless, San leaders were not consulted, and raised concerns about informed consent. (The verbal consent had been given through the help of a translator.)

That genomic research and the resulting manuscript—which used the term “Bushman”—was a “massive catalyst” for spurring the drafting of the new ethics code, Roger Chennells, a human-rights lawyer based in Stellenbosch, South Africa, who helped draft the code, told Nature. “No other recent research has been perceived as being so insulting and arrogant to San leaders.”

After the paper’s publication, scientists, ethicists and lawyers met with San leaders to draft the guidance, an effort funded by the TRUST Project, a European effort to promote global research ethics. Chennells told Nature he hopes the code will help inform research the way that existing guidelines for working with Aboriginal communities in Australia have. Canada’s First Nations and Inuit people have also drafted similar codes.

“If researchers want to work among the San and that’s the protocol, they should honor it,” Himla Soodyall, a geneticist at the University of the Witwatersrand in Johannesburg, South Africa, who has analyzed the genomes of San individuals, told Nature. “That’s what social justice is all about.”

Correction (March 23): This story has been updated from its original version to remove the statement that San people are the closest living relatives to humans’ hunting-and-gathering ancestors, which came from the cited, now-corrected article in Science. The Scientist regrets the error.