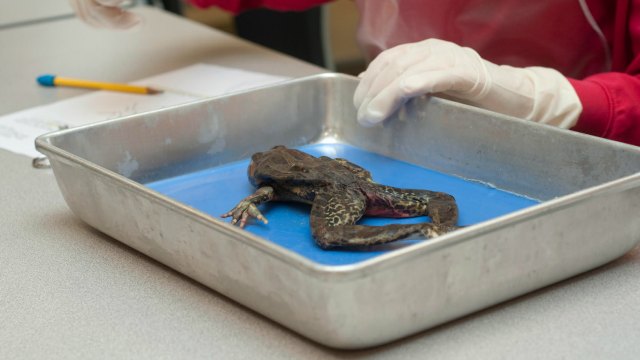 ISTOCK, NKBIMAGESUpdate (October 19): Following protests against the proposed education standards for science, the New Mexico board of education has agreed to revise the curriculum. Namely, “final standards will restore references to the 4.6 billion-year age of the Earth, the rise in global temperatures over the past century and the process of evolution due to genetic variation,” according to the Associated Press.

The Santa Fe school board voted yesterday (October 3) to oppose the state’s new science education standards, which, the board says, water down or leave out key information about evolution and climate change, The Santa Fe New Mexican reports. The school board has written a letter in opposition to the state’s Public Education Department (PED), which it plans to send by week’s end. The board is also planning a “teach-in” at the PED building in Santa Fe for next Friday (October 13).

The letter, shared with...

The Los Alamos school board has already opposed the new standards, and the Taos board is expected to follow suit, the New Mexican reports.

The Santa Fe board is “deeply troubled,” according to the letter, that the new state standards—an update from those established in 2003—do not align with the Next Generation Science Education Standards, which the National Research Council, the National Science Teachers Association, and others developed. Eighteen states have adopted the Next Generation standards in full. Others, like New Mexico, are using them as a framework for their own standards, the New Mexican reports.

While the authorship of the Next Generation standards is public, that of the state standards is not, and the state seems to be actively withholding the information. The New Mexican submitted a public records request in mid-September seeking the names of individuals and groups that developed the new standards. The education department’s public records custodian replied that the department had no pertinent records, as the New Mexican reports in a separate article. PED spokeswoman Lida Alikhani told the paper that those who weighed in on the standards did so with the understanding that their contributions would remain confidential.

The board has planned a teach-in for October 13, days before a public hearing about the new standards.

“Our state should adopt the original proposal, not the revisions,” writes the New Mexican in an editorial.

“Future climate scientists should understand what human activity is doing to the planet, and most of all, how science might be able to save our collective futures,” the editorial continues. “Without the proper foundation, those scientists will not be coming from New Mexico. That would be a shame.”