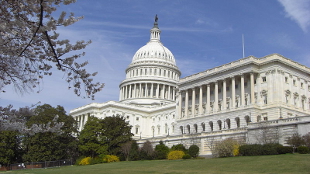 WIKIMEDIA, POCO A POCOIf Congress fails to approve a plan to reduce the federal budget deficit by 1.2 trillion before January 2, 2013, federal agencies, including those responsible for funding life science researchers, will suffer automatic budget cuts—known as “sequestration”.

With that prospect looming, the California Healthcare Institute (CHI)—a non-profit advocacy group for the state’s biomedical research industry—has pleaded with Congress to ringfence the estimated $2.5 billion that would be slashed from the National Institutes of Health (NIH) budget. Such a reduction would seriously damage the Californian economy and compromise scientific innovation across the United States, the CHI argues in a letter addressed to political leaders of both parties.

The CHI also stated that the success of California's life science industry—which employs some 270,000 workers, pays more than $20 billion in wages every year, and accounts for $18.6 billion in global exports, according to the CHI letter—is the...

The cuts would not only impact researchers, but also the businesses that supply them with instruments, the CHI argued. In an article in Xconomy, CHI President and CEO David Gollaher claimed that the cuts would damage the national economy. He cited research from United for Medical Research, a coalition seeking to increase funding to NIH, that estimated 33,000 job losses and a $4.5 billion drop in economic activity should the NIH budget get cut by sequestration.

“The continued vibrancy of the California and U.S. biomedical industry depends on many things,” the letter read. “But at its very foundation, it depends upon continued advances and progress in science that are fueled and driven by the NIH and other federally-funded science research.”