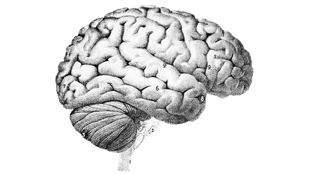 WIKIMEDIA, POPULAR SCIENCEResearchers trying to solve the genetic puzzle of schizophrenia have long known that they face a devilishly complex task. Two studies published yesterday (January 22) in Nature now give some insight into the mutations that can trigger the neuropsychiatric disease, at the same time revealing some of the intricacies of its genetics.

“In the beginning of doing this, nobody thought that genetics would lead to anything, that you would ever get genetic data that was meaningful,” coauthor Pamela Sklar of the Icahn School of Medicine at Mount Sinai told Bio-IT World. “It’s clear that we are making progress in understanding the genetics. I think of it as building the foundation.”

“Looking for individual changes to the chemical composition of genes, we found what we predicted,” coauthor Michael O’Donovan of Cardiff University told The Conversation. “Even small new mutations were not randomly occurring, but were concentrated in a relatively small number of genes that are crucial to the way nerve cells communicate across synapses.”

Elizabeth Tunbridge of Oxford University, who was not involved in either study, told The Conversation that the papers’ findings are “reassuringly consistent with existing research.”

“Everything about schizophrenia that we’ve ever learned is that it’s really quite genetically complex,” Sklar told Bio-IT World. “We’re learning now is that the rare variants are just as complex as everything else.”