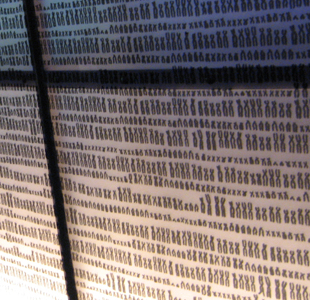 FLICKR, DANI LURIEGenetic sequences called transposable elements (TEs) that can jump from chromosome to chromosome, increasing their own frequency in the genome, may play a role in the development of schizophrenia, according to a study out of the RIKEN Brain Science Institute in Japan published last week (January 2) in Neuron.

Schizophrenia runs in families, suggesting it has an underlying genetic basis. Identifying genes with a strong role in the disorder’s development, however, has proven difficult. Environmental factors are also expected to contribute.

Moreover, the team found that viral infection in pregnant mice could lead to an increase in L1 levels in the brains of their offspring. Results from infant macaques also supported the notion that external factors could trigger an increase in the TE, and neural stem cells extracted from schizophrenia patients revealed higher levels of L1.

Of course, the team is far from having established a causal relationship between TEs and schizophrenia. “Now that we have multiple confirmations of this occurring in humans with different diseases, the next step is to determine if possible what role, if any, they play,” University of California, San Diego’s Fred Gage, whose work has revealed the link between L1 and other brain disorders, told ScienceNOW.