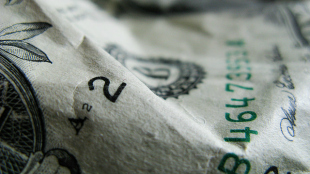 WIKIMEDIA, PEN WAGGENERAs federal dollars leave Washington and head for universities, they fan out to have a broad economic impact. A report published in Science today (April 4) shows that a considerable proportion of the money going into scientific investments actually leaves campus to pay for goods and services at U.S. firms. “The main purpose of science funding isn't as a jobs or stimulus program, but this study shows there are also major short-term economic benefits to science funding,” Bruce Weinberg, a coauthor of the report, said in a press release.

Weinberg, an economist at Ohio State University, and his colleagues tracked the fate of investments at nine large, midwestern universities. In total, the schools received $7 billion in research and development funding in 2012, about half of which came from the federal government. The economists found that $1 billion of that investment was spent on equipment and...

Weinberg’s results also shed light on a diverse workforce. Among those employed by federal research funds, a minority—just about 20 percent—were faculty members, while the rest comprised staff and students, for the most part, along with the occasional postdoctoral researcher.

“This study provides evidence that while science is complicated, it is not magic,” Julia Lane, an economist at the American Institutes for Research and a lead researcher on the project, said in the release. “It is productive work. Scientific endeavors employ people. They use capital inputs. Related economic activity occurs immediately.” She said that understanding where the money goes will help policy makers decide how to allocate funds.

Lane also told The Chronicle of Higher Education that her team’s report captured only a small glimpse of the life of federal research funds, adding that more work is required to calculate the true impact of U.S. dollars spent on science.