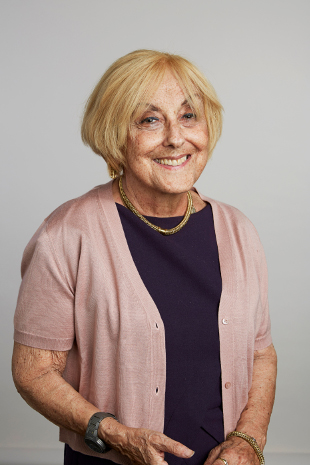 WIKIMEDIA, ROYAL SOCIETYLisa Jardine, a historian who dealt with science, ethics, and philosophy, died of cancer this fall (October 25). She was 71.

Jardine never studied just one subject: she majored in mathematics and then English as an undergraduate, earned a master’s degree in the literary theory of translation from the University of Essex, and went on to earn a doctorate in Renaissance studies at the University of Cambridge. Jardine spoke eight languages, according to The Guardian.

Most recently, Jardine was a professor of Renaissance studies at University College London, where she joined the faculty in 2012 and founded the Centre for Interdisciplinary Research in the Humanities. She was an “astonishing scholar,” colleague Melissa Terras told The Guardian. Jardine wrote or co-wrote 17 books, including biographical works on Erasmus, Shakespeare, and Robert Hooke. BBC Radio broadcast episodes where she covered her science-history studies.

Jardine is survived by her husband, three children, and four grandchildren.