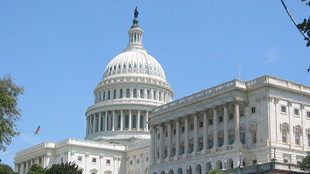 Today (March 1) mandatory spending cuts are set to go into effect across the federal government, including to the National Science Foundation (NSF) and the National Institutes of Health (NIH).

In total, the cuts to the federal government will make up $85 billion. The NIH is losing around $1.6 billion of its $35 billion yearly budget, while the NSF should be out $350 million of its annual $7 billion.

Officials and scientists for months have been raising alarms and making plans for the how to deal with the cuts. The NSF released a notice earlier this week (February 27) stating that current grantees should not be affected but that there would be about 1,000 fewer new grants this year. At a Senate hearing earlier in the month, NSF head Subra Suresh also said that there would be $35 million less funding for equipment purchases and facility upgrades, GenomeWeb...

The NIH posted its operation plan last week (February 21), stating that if a sequestration happened, the agency planned to reduce funding levels for those applying for continuation money for previously accepted grants and to reduce the number of new grants it would accept. Since the cuts apply to each NIH institute and center separately, ScienceInsider said, the various areas of research will lose the same proportion of their budget.

NIH Director Francis Collins said at a press conference on February 20 that the sequestration was already affecting grant applicants. Many applications that had gotten good reviews were in limbo as the agency waited to see if it would have the money to fund them, ScienceInsider reported.

Collins expressed particular concerns about the effect of the sequestration on young scientists just starting their careers. “If we lose the talents of this up-and-coming generation . . . they're not coming back,” he said.