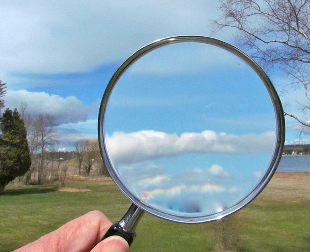 The survey, conducted August 11 through September 3, 2014, included responses from 3,278 US adults. Most answered via computer or smartphone; 355 respondents answered the survey by mail. The 12 questions touched on topics such as the hottest layer of Earth’s crust, the identity of the polio vaccine inventor, the definition of “astrology,” and the type of waves used to make and receive cell phone calls. Only 6 percent of respondents got a perfect score.

The question most answered correctly (86 percent overall) required respondents to identify the Earth’s core as the hottest part of the planet. The hardest question asked whether water boils differently at high versus low altitudes—only 34...

Glaring gender gaps existed in the percentage of correct responses to some questions, based on the Pew Research Center’s data. The largest gap related to a question asking how light is bent after passing through a magnifying glass; 55 percent of men identified the correct image showing two lines crossing, while only 37 percent of women had the same response.

The gender differential was smallest when respondents were asked to identify the definition of astrology, with 73 percent of men and 72 percent of women answering correctly. The authors note that “education differences between men and women, particularly among older generations of adults, may explain some of these gendered patterns in science knowledge.” In previous surveys, women performed better than men on some questions related to the life sciences.

Generally, adults aged 18 to 49 answered correctly more often than those 65 years or older, though this difference broke down when respondents were asked to identify the polio vaccine developer, Jonas Salk. Answers also varied by education, with respondents with higher education levels more likely to answer correctly. The interactive quiz remains hosted on the Pew Research Center’s website.