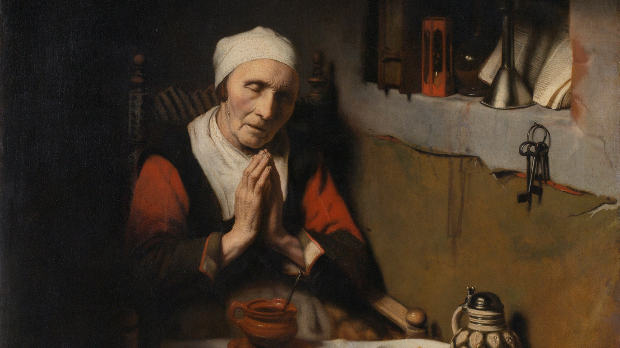 Detail of "Old Woman in Prayer," by Nicolaes MaesWIKIMEDIA, WWW.RIJKSMUSEUM.NLThe rift between science and religion may not be as bad as we thought, at least among people who identify as holding religious beliefs, if a new survey from the Pew Research Center is to be believed. According to the study, which recorded responses from more than 2,000 people, nonreligious people overwhelmingly see science and religion as conflicting world views. “The people who are farther away from religion themselves tend to see stronger conflict, because they’re not as close to actual religious people,” Robert Jones, chief executive of the nonprofit Public Religion Research Institute, told Slate. “They aren’t seeing all those people who don’t have a conflict.”

There is, however, a lot of nuance buried in the survey’s results. Here are some interesting numbers from the analysis: overall, 59 percent of respondents said that science and religion are...

Further, religious affiliation and worship service attendance only come into play for a couple of key scientific issues—human evolution and the birth of the universe. People’s religious differences do not seem to play a big role in explaining their positions on other hot-button issues, such as climate change, genetically modified foods, and government investment in science. “People expect to see more difference between religious groups on these science topics,” Funk added. “Maybe there are not as many areas where there’s as large a religious difference as people were assuming.”