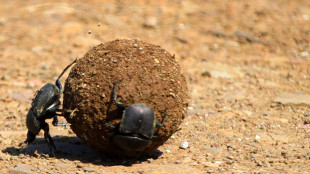 What started as spoofs of the Nobel Prizes more than two decades ago have become celebrated awards in their own right. This year’s Ig Nobel Prize Ceremony honored 10 teams for studies that “first make people laugh, and then make then think,” in categories spanning from medicine to archaeology.

The sold-out ceremony, hosted by the humor magazine Annals of Improbable Research this week (September 12), took place at Harvard. In attendance were four Nobel laureates, who assisted in dispensing the Igs—plus “triumphant handshakes”—to winners hailing from eighteen countries.

The medicine prize went to a team of Japanese scientists—two of whom accepted the award in mouse costumes—that investigated the effects of opera music on mice that had undergone heart transplants. The animals that listened to Verdi’s La Traviata lived after their operations nearly four times longer than those who did not receive a musical treatment, the study...

Scientists from Sweden and South Africa won the joint prize in astronomy and biology for their discovery that dung beetles navigate and orient dung balls using the Milky Way as a compass.

“The principles we are uncovering in dung beetle navigation may be useful in the design of autonomous vehicles and robots, although this is likely to be few years off,” Ig Nobel-recipient Eric Warrant from the University of Lund told The Guardian.

Researchers from Japan and Germany won the chemistry prize for their 2002 findings that suggested “the biochemical process by which onions make people cry is even more complicated than scientists previously realized.”