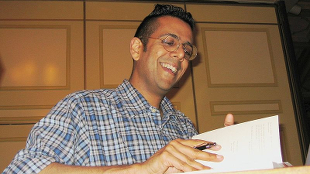 The law will please many scientists because it provides special protection for statements made in peer-reviewed journals. Evan Harris, parliamentary adviser to the Libel Reform Campaign, told ScienceInsider under the new libel rules, “academic journals will have fewer worries . . . about allowing vigorous debate, including commentary on peer-reviewed work.”

Under the current laws, a claimant alleging defamation or libel need only demonstrate that a public statement might inflict reputational damage to take a case to court. Critics argued that the system is...

In addition to special protection for statements made in peer-reviewed journals, the new law requires claimants to show “serious financial damage” before a case can move to court. It also introduces a stronger defense of “responsible publication on matters of public interest” to provide more protection for newspapers or magazines publishing controversial articles on scientific and other matters, reported Nature.

Campaigners remain concerned that the government has not clarified how it plans to reduce the costs of libel trials, however, which is crucial because the threat of crippling financial costs for defendants is what leads many people who are sued or threatened with legal action to capitulate rather than mount a defense.

Despite such reservations, Singh welcomed the new law. “Now that academic publishers have additional protection, it wll be much harder to sue an academic journal for libel, and that's a really firm step forward,” he told ScienceInsider.