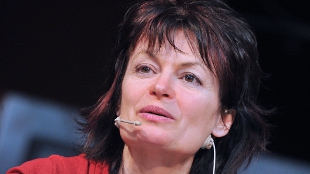 Anne Glover, former Chief Scientific Advisor to the European CommissionWIKIMEDIA, FRIENDS OF EUROPEThe European Commission (EC) decided to retire the position of Chief Scientific Advisor (CSA) last month (October 31), and researchers across Europe are upset with the move. The incoming EC administration decided to do away with the post, which has been filled by molecular biologist Anne Glover of the University of Aberdeen since its inception in 2012, as it came to power at the beginning of this month (November 1).

“Scientific advice must be central to EU policy making, otherwise you run the risk of having important decisions being unduly influenced by those with mixed motives,” the Royal Society’s Paul Nurse told BBC News. “If the Commission has a plausible plan for ensuring that scientific evidence will be taken seriously they need to start sharing it with people soon, otherwise they will encourage those who...

Nigel Brown, president of the Society for General Microbiology, echoed Nurse’s dismay. “I am appalled at the abolition of the CSA post,” he told BBC News. “Many of the major challenges facing Europe—climate change, food security, healthy ageing, disease control—require scientific input to policy at the very highest level. This is disastrously short-sighted.”

According to ScienceInsider, Glover, who also served as chief scientist for Scotland, wrote in an e-mail to colleagues last week (November 12) that the CSA position was being discontinued. “The European Commission confirmed to me yesterday that, all decisions on the Bureau of European Policy Advisers (BEPA) [the commission's service that housed the CSA office] were repealed and so the function of Chief Scientific Adviser has ceased to exist,” she wrote. “The new European Political Strategy Centre (EPSC) which ‘replaces’ BEPA does not comprise a function ‘Chief Scientific Adviser.’”

Green groups had lobbied new EC President Jean-Claude Juncker to scrap the CSA position, apparently in response to Glover’s open support of the use of genetically modified organisms in agriculture—a hot-button issue in Europe. The position, according to a letter sent to Juncker this summer, “presented one-sided, partial opinions in the debate on the use of genetically modified organisms in agriculture, repeatedly claiming that there was a scientific consensus about their safety.”

But scientific bodies in Europe strongly supported Glover. Juncker has not yet revealed what advisor positions might replace the CSA, but Glover said she’s hopeful that his administration will not abandon scientific advice altogether. “Where there’s life there’s hope!” she wrote in an e-mail to ScienceInsider. “I hope that President Juncker will decide to have a well-supported CSA function in his Commission but that is up to him.”