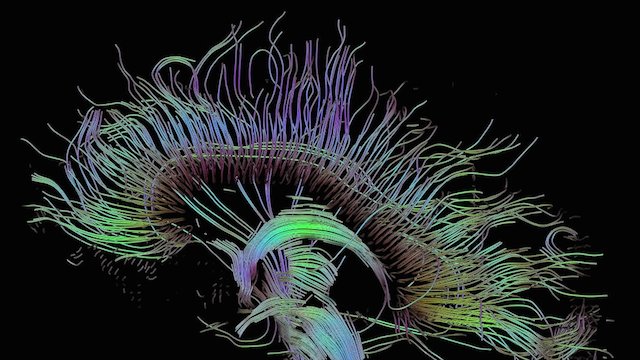 Every brain is unique, and scientists now have the means to pin down precisely how unique. Disease, environment, and genetic factors all influence the pattern of connections between neurons, called the local connectome. A new imaging technique quantifies differences between the local connectomes of individual brains, allowing researchers to identify a brain by its connectome “fingerprint.”

The technique uses diffusion MRI to track the movement of water molecules along pathways in the brain’s white matter, creating a fine-scale image of structural connections. The team took repeat MRI scans of a few individuals, and found that they could tell whether two local connectome fingerprints came from the same individual with 100 percent accuracy over the 17,398 identification tests they ran. The team’s findings were reported this week (November 15) PLOS Computational Biology.

“This confirms something that we've always assumed in neuroscience—that connectivity patterns in your brain are...

In support of the notion that experience shapes how the brain is wired, the team found that the local connectome changes over time, evolving at an average rate of 13 percent every 100 days. As a testament to the uniqueness of the brain, even identical twins shared only 13 percent of their local connectomes.

“The most exciting part is that we can apply this new method to existing data and reveal new information that is already sitting there unexplored,” coauthor Fang-Cheng Yeh of the University of Pittsburgh said in the press release.