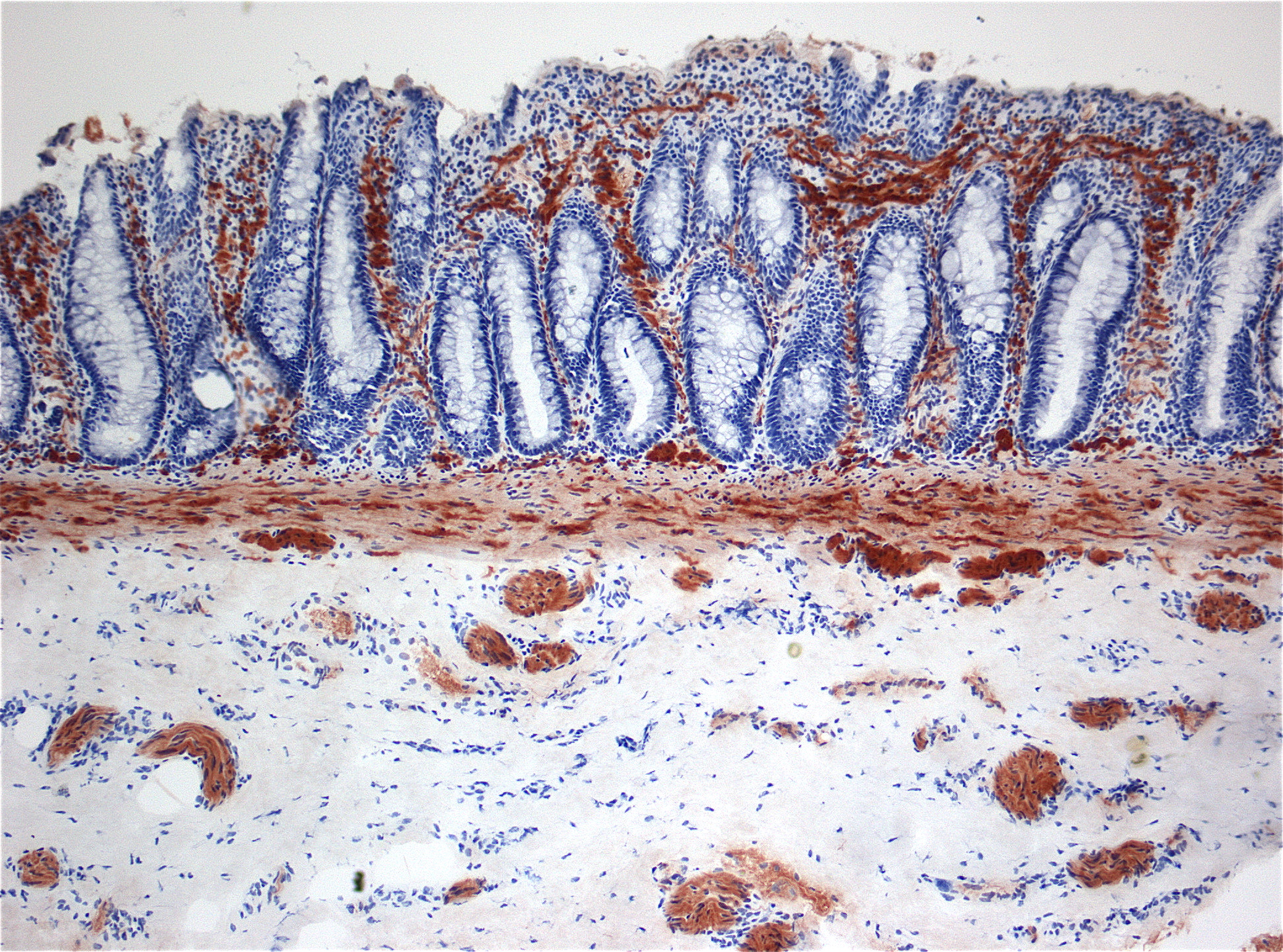 WIKIMEDIA COMMONS, MARVIN101Researchers at Cincinnati Children's Hospital have succeeded in engineering intestinal tissue with functional nerves in a laboratory setting. Their method, described in a study published this week (November 21) in Nature Medicine, brings regenerative medicine one step closer to making practical use of human pluripotent stem cells for transplants and, nearer term, modeling and studying intestinal disorders.

“One day this technology will allow us to grow a section of healthy intestine for transplant into a patient,” said coauthor Michael Helmrath of Cincinnati Children's, in a press release. “But the ability to use it now to test and ask countless new questions will help human health to the greatest extent.”

Helmrath and colleagues placed human pluripotent stem cells in a biochemical bath to form intestinal tissue, and then engineered a nervous system from embryonic nerve cells in a separate petri dish. After several attempts, the team...