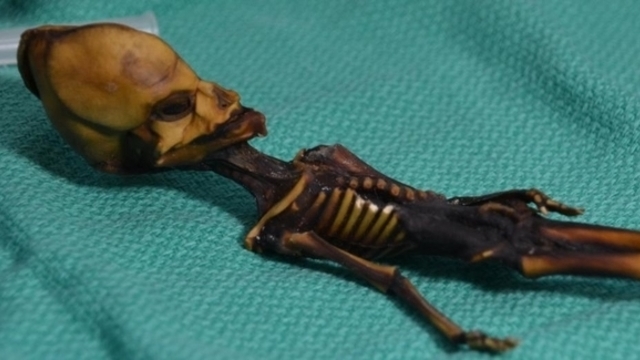 Update (April 2): Genomics Research has released a statement defending its review and publication of the paper.

Last week (March 22), researchers reported the sequenced genome of a mummified fetus found in 2003 near Chile’s Atacama desert in Genome Research. Now, some Chilean scientists are condemning the study as unethical, and the Chilean National Monuments Council has begun an inquiry into whether the remains were illegally disinterred and smuggled out of the country (via The New York Times).

The Chilean Society of Biological Anthropology released a statement yesterday (March 28), in which it says the study ignored the basic ethical standards surrounding archaeology. “[A] study of similar characteristics where the remains of a fetus [were] unearthed from a current cemetery in a developed country would surely provoke other reactions,” the statement concludes.

“We had no involvement...

Óscar Muñoz, a local treasure-hunter, found the remains in 2003 in the abandoned village of La Noria. The mummy is unusual in that it is 6 inches long but has a fully formed skeleton. It also has 10 ribs instead of 12 and large eye sockets set in an oblong skull that tapers to a point. Its unique appearance fueled rumors that it was a nonhuman primate or even an extraterrestrial being. A private collector in Barcelona named Ramon Navia-Osorio eventually obtained the mummy, which was featured in a 2013 documentary that claimed it was an alien life form (via Science). Gary Nolan, a geneticist at Stanford, heard about the film and contacted its producers to offer to analyze the mummy's DNA; they agreed, and last week Nolan’s team published its results.

Whole-genome sequencing revealed that the remains were in fact those of a human female who had mutations in several genes linked with a constellation of diseases affecting stature, skull formation, and skeletal dysplasia. “I was amazed by how much you can tell from the genetic blueprint,” study coauthor Sanchita Bhattacharya, a bioinformaticist at the University of California, San Francisco, told The New York Times last week.

Cristina Dorador, a biologist at the University of Antofagasta, published an article earlier this week (March 25) in Etilmercurio, an online science publication, in which she notes that the researchers failed to meet the legal requirements for working on samples from Chile, such as obtaining permits and providing an ethical statement about the work. “Etilmercurio demands that the Chilean authorities, the academic community and civil society openly condemn the outrage continually committed over the years,” she writes.

Dorador writes that the Genome Research study is “peppered with mistakes” about the origin and wider context of the mummy that could have been avoided by contacting local experts, and that they ascribe Andean origin to a genetic signature of people from an island 2,500 kilometers south of the region.

Correction (March 30): The original version of this article erroneously referred to Cristina Dorador as Cristina Dorado; it has been corrected. The Scientist regrets this error.