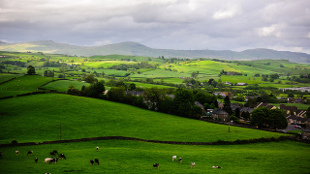 Following an announcement that Scotland would not embrace genetically modified (GM) foods, representatives from 28 scientific institutions across the U.K. have released an open letter in disagreement with the decision. The letter, dated August 17 and signed by institutions such as the Royal Society of Edinburgh, the Roslin Institute, and the European Academies Science Advisory Council, noted the decision is strictly “political and not based on any informed scientific assessment of risk.”

“There’s quite a bit of anger and disbelief,” Chris Peters, an activist at Sense About Science, the London nonprofit that organized the letter, told Science Insider.

The letter stated that the country’s announcement, “risks constraining Scotland’s contribution to research and leaving Scotland without access to agricultural innovations which are making farming more sustainable elsewhere in the world.” The signatories further requested that Scottish officials meet with scientists to discuss their concerns about GM...

Scotland’s Cabinet Secretary for Rural Affairs, Food and Environment Richard Lochhead told Science Insider: “I will be happy to meet representatives of the science community and reassure them that these changes will not affect research as it is currently carried out in Scotland.”