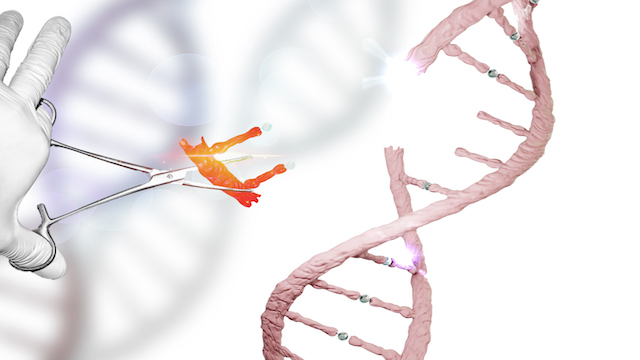 Update (March 30): Nature Methods has retracted the 2017 paper claiming CRISPR could introduce a multitude of unwanted off-target effects. The retraction notice states that since the paper was published, “it has been brought to the journal's and the authors' attention that without parental controls or more analysis of genetic background, it is not certain that the variants reported are due to CRISPR treatment.” It also notes that four of the coauthors don’t agree with the decision to retract.

Last May, stocks of CRISPR-based biotech firms fell sharply after a Nature Methods paper claimed that CRISPR-Cas9 genome-editing introduced a host of unwanted off-target effects in mice. This week, the authors of that paper published a follow-up analysis, published on bioRxiv, reversing their original findings.

“Our previous publication suggested CRISPR-Cas9 editing at the zygotic stage might unexpectedly introduce a multitude of subtle but unintended mutations, an interpretation that...

When the Nature Methods paper was published last year, it received heavy criticism from the scientific community—to the point where the journal published an “editorial expression of concern,” writing that, “Multiple groups have questioned the interpretation that single nucleotide changes seen in whole-genome sequences of two CRISPR–Cas9-treated mice are due to the CRISPR treatment.”

One of the major methodological flaws critics pointed to was the fact that the authors had compared the CRISPR-edited mice to published sequence data rather than control animals. “The mice you have in your facility have drifted genetically from those that have been sequenced,” Gaétan Burgio, a geneticist at the Australian National University in Canberra who wasn’t involved in the work, told The Scientist at the time. As a result, he added, the analysis couldn’t “tease out which variants are due to the natural genetic variation and which ones are CRISPR-related.”

Since then, other groups have also published analyses countering the observation that CRISPR could introduce a large number of unwanted mutations. One preprint, published on bioRxiv earlier this year, reported that gene-edited mice did not display more mutations than would be expected from the “background rate of [de novo mutations] occurring due to other processes.”