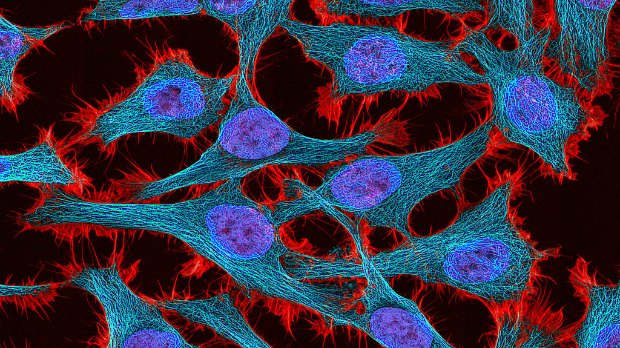 WIKIMEDIA, NATIONAL INSTITUTES OF HEALTH (NIH)Cell line misidentity is a pervasive problem in life sciences, with contaminants (HeLa, in many cases) often masquerading as other cell types. Despite years of drum-banging by government agencies, nonprofit organizations, academic institutions, and private companies on the importance of cell-line validation, a new survey finds less than half of researchers heed the advice.

“The failure to authenticate cell lines is still not an impediment to publication or to obtaining research funding,” Leonard Freedman, the lead author of the survey and the president of the Global Biological Standards Institute (GBSI), said in a statement sent to The Scientist. “A systematic approach by the entire biomedical research community that ensures routinely documented cell authentication is needed to resolve this global problem. In its absence, the accuracy of published research using cell lines is in question.”

“More troubling is the apparent complacency (24% of respondents indicated ‘don’t see the necessity; I am careful’) and ignorance (22% reported that principal investigators were ‘unaware of or ignore the issues’) surrounding the need to authenticate cell lines,” Freedman’s team wrote in its report, published as a Letter to the Editor in BioTechniques today (October 12).

“Nonetheless,” the authors continued, “the majority of respondents (73%) do support development and use of additional standardized techniques and procedures for authenticating cell lines, such single-nucleotide polymorphism (SNP) genotyping.”