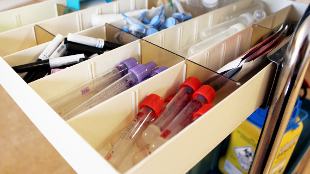 WIKIMEDIA, CALLE EKLUND/V-WOLFBecause most clinical tests produce at least some false positives, “screening healthy people is generally a bad idea,” pharmacologist David Colquhoun from University College London wrote at his blog this week (March 10). Colquhoun was responding to recent research touting screening tests for Alzheimer’s disease, including a study published in Nature Medicine this week (March 9) that showed blood-based biomarkers could predict future cognitive impairment in asymptomatic older adults, touting greater than 90 percent accuracy. He noted that this study was affected by the “hazards” of statistics in that up to two-thirds of “positive” tests could be false.

“If your test comes out positive, your chance of actually having the disease is almost always quite small. False positive tests cause alarm, and they may do real harm, when they lead to unnecessary surgery or other treatments,” Colquhoun wrote, adding: “The test is clearly worse than useless. That...

The Daily Mirror’s Ampp3d blog elaborated on Colquhoun’s point with an infographic, depicting “how a ‘90% accurate’ Alzheimer’s test can be wrong 92% of the time.”

Indeed, The Scientist readers also discussed the statistical conclusions of this study in comments posted to our online story. “If the error rate is 10% false positives, then twice as many unaffected people will get positive diagnoses as affected people,” wrote Hugh-F-61. “Put another way, only one third of diagnoses of future impairment within 2–3 years will be correct.”