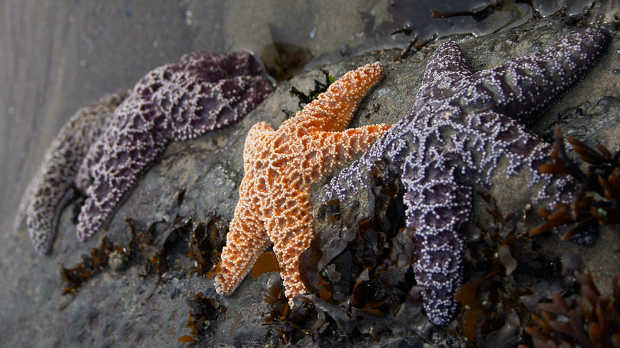 FLICKR, LIZAStarting in late 2013, sea stars along the North American west coast have been dying of a wasting disease that has decimated numerous populations of the invertebrates. But new data from Oregon State University researchers suggests that they may be making a comeback.

“When we looked at the settlement of the larval sea stars on rocks in 2014 during the epidemic, it was the same or maybe even a bit lower than previous years,” Oregon State University Marine Biology Professor Bruce Menge said in a statement (via the  Eureka Times-Standard). “But a few months later, the number of juveniles was off the charts—higher than we’d ever seen—as much as 300 times normal.”

Similar increases in sea star juveniles have been documented just north of Trinidad, California, and farther south, off the coast of Santa Cruz. “We’ve seen more babies in the last six months than we’ve seen...

It’s unclear, however, whether the uptick will be sustained, as there is some evidence that baby sea star numbers dropped in the fall and winter of 2015 near Trinidad. “We need to keep an eye on this stuff,” Humboldt State University Marine Lab Director Brian Tissot told the Times-Standard.