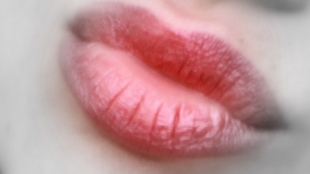 WIKIMEDIA, ROBERT & MIHAELA VICOLLocking lips spreads more than just love. A healthy dose of microbes are also swapped between kissing couples, according to a study published today (November 17) in Microbe. Researchers in Amsterdam swabbed the mouths and collected saliva from 21 couples visiting a zoo in the city both before and after they shared 10-second kiss. They found that the couples tended to have similar microbes inhabiting their mouths, likely because they share kisses, food, and space on a regular basis. “Apparently, being with somebody for an extended amount of time and having a relationship leads to a similar collection of bacteria on the tongue,” Remco Kort, lead author and biologist at the Netherlands Organization for Applied Scientific Research, told Time.

But when the researchers had one partner sip a probiotic yogurt drink, which contains bacteria not normally present in the mouth, prior to kissing their mate again, they found that an average of 80 million bacteria were swapped between kissers. “French kissing is a great example of exposure to a gigantic number of bacteria in a short time,” Kort told BBC News. “But only some bacteria transferred from a kiss seemed to take hold on the tongue. Further research should look at the properties of the bacteria and the tongue that contribute to this sticking power.”