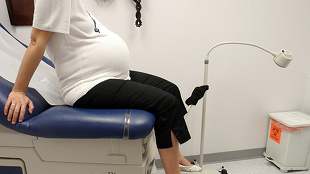 FLICKR, DANIEL LOBOConceiving a child in May raises the risk of giving birth prematurely by 10 percent, according to a study published yesterday (July 8) in Proceedings of the National Academy of Sciences. Surprisingly little is known about the causes of premature labor, but the authors argue that babies conceived in May are nearing the end of their terms at the peak of flu season, causing the observed spike in prematurity.

The researchers studied nearly 1.5 million pregnancies in some 647,000 US mothers. Past critics of studies on the effects of birth season on health have argued that women of low socioeconomic status are more likely to give birth at certain times of year, skewing the results. The new study avoided this potentially confounding factor by looking at women who had multiple pregnancies and comparing siblings’ conception seasons and whether or not they were premature.

“[B]y focusing on births to the same mother, our work provides evidence that there are seasonal patterns in birth weight and gestation that are not entirely driven by the fact that women with different characteristics tend to give birth at different times,” the paper’s authors wrote.