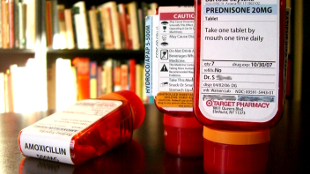 A new proposal being considered by regulators at the US Food and Drug Administration could eliminate the need for a prescription for a number of widely-used drugs, including those for diabetes, asthma, and migraines.

FDA officials say that thanks to new computer technologies such as touch-screen kiosks that allow patients to self-diagnose certain diseases, removing prescription requirements for a handful of drugs could help ensure more widespread distribution of important therapies, The Washington Post with Bloomberg Business reported. While more than 25 million Americans are believed to struggle with diabetes, for example, some 7 million have not been diagnosed and thus are not receiving available treatments.

“These are discussions that need to start happening as we think about people’s health needs and how to improve access,” FDA Commissioner Dr. Margaret Hamburg told The Post.

The move is not unprecedented. In the last decade, several prescription drugs,...

Some drugs may still need an initial prescription before over-the-counter refills become available; others would need a pharmacist’s consultation. In all cases, drugmakers would have to apply for approval to switch to non-prescription sale for each drug individually. “We’re not talking about very specific drugs right now, we’re talking about the concept,” Janet Woodcock, director of FDA’s drug center, told The Post.