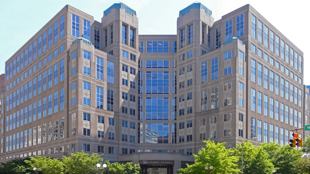 A bipartisan vote by the Senate Appropriations Committee Thursday (July 18) has pegged the National Science Foundation (NSF) for a 7.9 percent budget increase for fiscal year 2014, which begins October 1, reported ScienceInsider. Should the Senate spending bill be adopted, the basic science research agency will see its budget go from $6.884 billion to $7.426 billion, an increase of $542 million, but still less than the $7.626 billion that the agency requested.

The Senate’s proposed allocation for the NSF is $430 higher than the amount approved Wednesday (July 17) by the Commerce, Justice, Science, and Related Agencies appropriations subcommittee of the U.S. House of Representatives. The difference between the House and Senate appropriations was expected given that the Senate had about $5 billion more than the House to distribute across the dozens of agencies covered by its $52 billion spending bill.

In a report accompanying...

In a statement, Federation of American Societies for Experimental Biology (FASEB) President Margaret Offermann expressed approval for the committee’s actions. “Chairwoman Barbara Mikulski and Ranking Member Richard Shelby have once again demonstrated their strong commitment to basic research and their appreciation for the critical role it plays in the US innovation enterprise.”

The panel also noted in its report that the proposed rapid growth of seven initiatives, spearheaded by recently departed director Subra Suresh, could draw focus away from the NSF’s core programs. In particular, the panel recommended reallocating funds away from the so-called OneNSF program—an initiative intended to support inter-disciplinary research projects and foster international collaborations.

The spending committee, while pointing out the strengths of NSF’s education programs, also took issue with the Obama administration’s plan to make the NSF the cornerstone of all of the federal agency’s graduate-training programs in science, technology, engineering, and mathematics (STEM). “[Moving] all graduate-related fellowships and scholarships to NSF is not optimal to meet the long-term, specific STEM workforce needs of the entire government,” the committee wrote in its report.