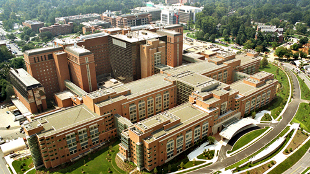 The US National Institutes of Health (NIH) is on its way to receiving its largest funding increase since 2003 thanks to the approval of two draft bills by panels in the House of Representatives and the Senate this week. Although the House panel approved a budget that falls $900 million short of the Senate panel’s $2 billion raise, both bills exceed President Obama’s request to bring the $30.1 billion budget up by 3.3 percent.

“The Senate mark is obviously the best subcommittee action we have seen for NIH in more than 12 years,” Pat White, president of the biomedical research funding lobbyist group ACT for NIH, told Science Insider. “It shows that there is real momentum on a bipartisan basis in the House and the Senate that the restoration of NIH funding is priority.”

According to Science Insider, the Senate bill, which will go to an appropriations...

In a blog post on The Hill, Senator Roy Blunt, the chairman of the Senate appropriations subcommittee that makes NIH funding decisions cited Alzheimer’s disease, diabetes, and antibiotic resistance as important issues that call for further investment of resources. “Between 1998 and 2003, NIH research funding doubled, but over the past decade, NIH has lost 22 percent of its purchasing power for research,” he wrote. “I believe funding decisions represent more than just a dollar figure. They reflect our nation’s priorities.”