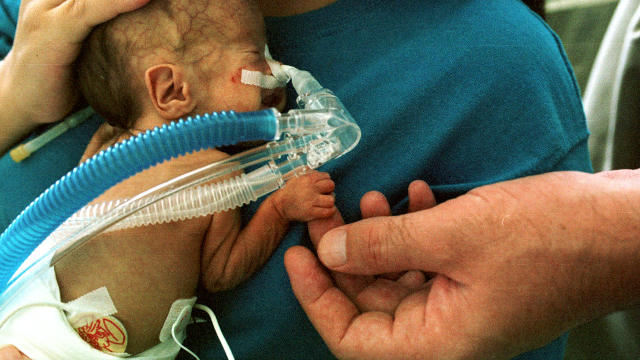 WIKIMEDIA, BRIAN HALLChildren born with congenital abnormalities have a tough go at the beginnings of their lives. They can spend days, weeks, or months in neonatal intensive care units (NICU), hooked up to ventilators, fed through tubes, and regularly prodded and monitored to collect biological data. Some never make it out of the hospital. The ones who do can be saddled with poorly diagnosed health problems for the rest of their lives.

Researchers at Rady Children’s Hospital in San Diego are finding that rapidly sequencing the whole genomes of such babies may be key to diagnosing their conditions quicker and improving their health outcomes. Shimul Chowdhury, director of the clinical laboratory at the Rady Children’s Institute for Genomic Medicine, presented data today (October 19) on six case studies of NICU infants at the annual meeting of the American Society of Human Genetics in Orlando.

Chowdhury and his colleagues found...

“Newborns often don’t fit traditional methods of diagnosis, as they may present with non-specific symptoms or display different signs from older children,” Chowdhury says in a statement.

In addition, the researchers calculated that rapid whole genome sequencing (rWGS) reduced the costs associated with the babies’ treatment by about $1.8 million. “The cost savings were especially striking, given that sequencing costs are still high—even with those costs, we found that rapid WGS was not just clinically useful but economically prudent,” Chowdhury added. “Given these benefits, we’d eventually like to see rapid WGS as a reimbursable first-tier test for a proportion of infants in the NICU.”

Chowdhury tells The Scientist that his group at Rady Children’s, which has performed rWGS on about 150 infants, is “in talks with multiple children’s hospitals” around the U.S. in the hopes that many more children in NICUs will have their whole genomes sequenced in the near future.