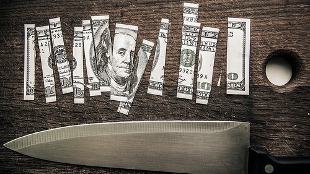 FLICKR, TAX CREDITSHarvard University, Johns Hopkins University, the University of Pennsylvania, and Washington University in St. Louis will be a few of the casualties of the government budget sequester that was initiated last month after Congress was unable agree on a plan to reduce the federal deficit. The 5 percent budget cut to the National Institutes of Health will likely affect these institutions, which expect to lose tens of millions in federal funding over the next 8 months.

“Of all the blinkered buzz-saw cuts in this year’s $85 billion spending sequestration, perhaps none is as counterproductive—or as flat-out boneheaded—as the one now hitting medical research,” wrote Howard Fineman an editor at the Huffington Post. Those cuts will not only prevent the institutions from generating new technology and new jobs, but slow the efforts to attract top researchers and entrepreneurs, Fineman argued.

Cancer centers that have relied on Medicare funding to provide expensive chemotherapeutics to patients are also being hit hard by the sequester, and some have already begun to turn patients away.  “If we treated the patients receiving the most expensive drugs, we’d be out of business in 6 months to a year,” Jeff Vacirca, chief executive of North Shore Hematology Oncology Associates in New York, told The Washington Post. After an emergency meeting last month (March 26), Vacirca’s small private clinics—which have been disproportionately hit by the cuts—decided to stop seeing a third of their 16,000 Medicare patients.