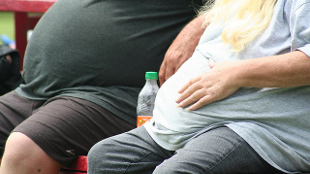 FLICKR, TONY ALTERA city’s sewage system may hold clues about the gut bacteria of urban populations, according to research published last month (February 24) in mBio. While not all the bacteria found in sewage are also found in the human gastrointestinal system, DNA sequencing can reveal similarities and differences in the abundance of known gut bacteria that correlate with certain health issues such as obesity, the researchers found.

“With a random sampling of a million people, we can start to look for trends in how human populations might be different in their microbiomes, according to their demographics,” Sandra McLellan at the University of Wisconsin-Milwaukee told Inside Science.

McLellan, along with Mitchell Sogin of the Marine Biological Laboratory in Woods Hole, Massachusetts, and their colleagues, gathered samples from sewage treatment plants in 71 different cities with varying obesity rates—from Steamboat Springs, Colorado, with an obesity rate of 13.5...

“Had they shown up in my office with this idea I would have said, ‘You’re nuts. There’s no way you can pull that off,’” Randy Seeley, an obesity researcher at the University of Michigan in Ann Arbor who was not involved in the work, told Inside Science. “The fact that they are capable of doing it just shows you the power of the big-data approach.”

But whether monitoring a city’s sewage microbiome will be useful as a long-term surveillance approach, as McLellan suggests, remains to be seen, Seeley added. “I’m somewhat skeptical that sewage sampling would be better or cheaper than getting individual results from [ongoing large-scale health surveys].”