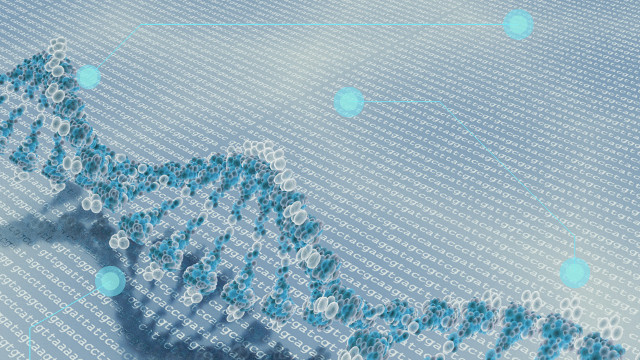 FLICKR, MEHMET PINARCIDrawing on data on organ-, tissue-, and individual-specific gene expression from the Genotype-Tissue Expression (GTex) Portal, Shmuel Pietrokovski and Moran Gershoni of the Weizmann Institute of Science in Israel developed a comprehensive map of genes that are differentially expressed in men and women.

The study was inspired by work the duo conducted several years ago, in which they found that mutations accumulated in genes for sperm formation likely because they were expressed only in men, not in women. As a result, even harmful mutations would only cause problems to half the population; unaffected women would continue to pass on the defective gene without any hit to their fitness.

To explore whether other genes expressed differentially between the sexes might be similarly subject to mutation accumulation, Pietrokovski and Gershoni examined some 20,000 protein-coding genes, of which around 6,500 were expressed more in one sex than the other somewhere...

“The basic genome is nearly the same in all of us, but it is utilized differently across the body and among individuals,” he continued. “Thus, when it comes to the differences between the sexes, we see that evolution often works on the level of gene expression.”

The authors pointed out that many of the sex-specific genes that were subject to reduced selection efficiency are important in reproduction. “This seeming paradox might partially explain the high incidence of human infertility,” they wrote in their paper, published earlier this year (February 7) in BMC Biology.

See “How Much Do Sex Differences Matter in Mouse Studies?”

The study is just some of the latest research emphasizing differences between males and females. Last month, for example, researchers studying pigeons known as rock doves published in Scientific Reports that the birds showed notably different gene expression patterns between the sexes. Measuring gene expression in the hypothalamus, pituitary, and gonads of rock doves, the researchers found hundreds with differential patterns of activity—results that they have made available in a publicly accessible database.

“There are incredible differences in gene expression, especially in the pituitary,” coauthor Rebecca Calisi, assistant professor of neurobiology, physiology, and behavior at the University of California, Davis, told News-Medical.net. “There’s a problem of sex and gender inclusion at all levels of science from faculty to the animals we use. We’re trying to ameliorate that, at least in reproductive biology.”