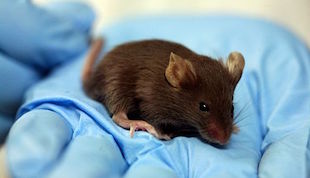 WIKIMEDIA, RAMAStudying immune cell signaling in mice, researchers from the University Medical Center Utrecht in the Netherlands found notable sex differences in how the animals responded to viral infection. Female rodents that lacked the immune receptor CD200 were better able to fight off certain viruses than males, according to research presented Saturday (June 18) at the American Society for Microbiology’s annual meeting in Boston.

“A healthy immune system must be in balance,” study researcher Linde Meyaard of the UMC Utrecht said while presenting the results at the meeting. Too little response leads to infections; too much results in inflammatory disease, she said.

In a 2012 study, Meyaard and colleagues conducted several experiments with knockout mice that lacked the CD200 receptor, which acts as an inhibitory immunological “checkpoint.” Mice that lacked this receptor had a strong type I interferon (IFN) response. When the researchers infected these mice with murine...

Fighting MHV is known to depend on Toll like receptor 7 (TLR7) signaling, and previous studies have shown sex differences in the TLR7 response in men and women. In another experiment, Meyaard and colleagues gave female CD200 knockout mice a ligand to suppress TLR7 activity, and infected the animals with MHV. The female knockout mice given this ligand had a lower viral load than did the male mice, suggesting the females were better able to clear the virus.

Next, the researchers infected mice with influenza A virus. Unlike with MHV, administration of the TLR7 ligand did not cause the mice to clear the virus faster, but did cause a greater pathological immune response in the female mice compared with the males.

Taken together, the results reveal that a sex bias exists in immune responses to infections, which can be either beneficial or harmful depending on the type of infection.