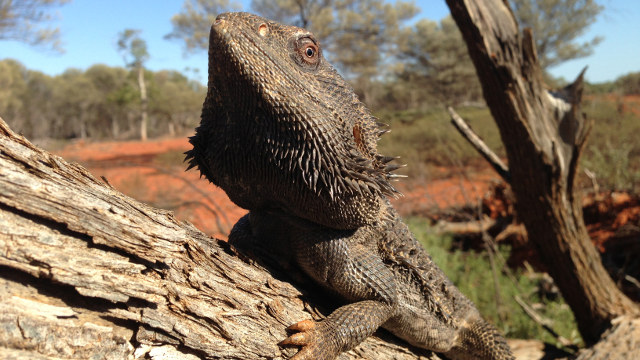 ARTHUR GEORGES, TEAM POGONAThe sex of Australian central bearded dragons (Pogona vitticeps) is normally determined by chromosomes—lizards with two Z chromosomes develop as males, while ZW embryos become females—but at high incubation temperatures, both ZZ and ZW individuals are born as females. Now, researchers think they may have discovered why.

A group of researchers in Australia sequenced the transcriptomes of various tissues in normal ZW females, normal ZZ males, and so-called sex-reversed ZZ females, and found that two genes, JARID2 and JMJD3 (aka Jumonji genes), retained their introns in sex-reversed females. This led to shorter proteins that the authors argue could explain the female development. They published their results yesterday (June 14) in Science Advances.

“We aren’t sure what introns like [those retained in] the Jumonji genes are for: it seems they help switch genes on and off at the right time,” lead author Ira Deveson...

Mining data from other studies, Deveson and colleagues also found evidence for similar intron retention in other species with temperature-dependent sex determination, alligators and turtles. As climate change continues to result in higher average temperatures around the globe, some researchers and conservationists have raised concerns about the fate of such organisms, as the sex ratios of the populations shift one way or the other.

“This elegant research . . . [shows] the same mechanism is found across a wide range of reptile types,” Rick Shine, an evolutionary biologist at the University of Sydney who was not involved in the research, tells The Sydney Morning Herald. “The authors’ results may one day enable us to manipulate sex ratios of endangered species to assist in conservation.”