Digial rendering of Climatius reticulatus, an acanthodian fish from the Early Devonian WIKIMEDIA, NOBU TAMURAAcanthodians—a class of bony fish with shark-like features that roamed the seas as early as the Silurian Period—were likely the ancestors of modern sharks, according to a study published Friday (March 10) in American Museum Novitates. The results begin to fill in a knowledge gap in the animal evolutionary tree, the authors report.

“Major vertebrate evolutionary transitions, such as ‘fin to limb’ and ‘dinosaur to bird’ are substantiated by numerous fossil discoveries,” coauthor John Maisey of the American Museum of Natural History said in a press release. “By contrast, the much earlier rise of shark-like fishes within jawed vertebrates is poorly documented.”

For the past several years, Maisey and colleagues have investigated a Doliodus problematicus fossil discovered in 2003, and hailed as the world’s oldest shark fossil. The team investigated the specimen in 2009 and 2014, and published studies describing the shark-like characteristics of the paired spines in front of fossil’s pectoral fins, and how the skeleton’s overall shape was strongly reminiscent of that of a modern shark.

For this new study, the researchers consulted CT scans of the specimen and discovered spines on the fossil’s underbelly—a telltale sign of an acanthodian. They concluded that Doliodus problematicus was likely a transitional species, closing the evolutionary gap between acanthodians and sharks. “The arrangement of these spines shows unequivocally that this fish was basically an acanthodian with a shark’s head, pectoral skeleton, and teeth,” Maisey said in the release.

The findings provide the strongest evidence to date that sharks may have evolved from acanthodian fish. “Although this ‘fish to fish’ transition involved less profound anatomical reorganization than the evolutions of tetrapods or birds, it is no less important for informing the evolutionary origins of modern vertebrate diversity,” Maisey said in the release. 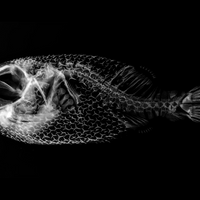 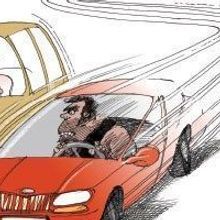