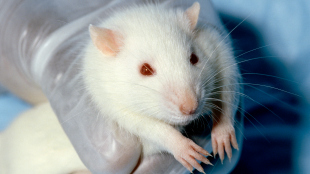 WIKIMEDIA, JANET STEPHENSIn the 1990s, universities were the most common targets of attacks by those opposed to the use of animals in research. More recently, animal rights extremists have shifted their focus toward individuals, business partners, and investors, according to a new report from the Federation of American Societies for Experimental Biology (FASEB). “These activities can happen to anybody—no one is immune,” Michael Conn, a cochair of the committee behind the report and the senior vice president for research at the Texas Tech University Health Sciences Center in Lubbock, told ScienceInsider.

FASEB’s report looked into 220 illegal incidents by animal extremists from 1990 to 2012. According to the report, “extremists have placed bombs in cars, sent ‘AIDS-tainted’ razor blades in the mail, and desecrated the graves of their targets’ relatives.” In the ’90s, 61 percent of the incidents were aimed at universities, while 9 percent targeted individuals'...

The report goes on to offer advice to individuals and organizations to reduce the risk of being attacked, to communicate with the public, and to protect oneself from harassment or violence. Eric Bernthal, the chair of the board of directors of the Humane Society of the United States (HSUS), told ScienceInsider that “we don’t condone terror and destruction of property.” But he added that the report didn’t spend enough time talking about why scientists are targets of animal rights extremists. “If you’re going to give advice to researchers about how to solve this problem, the most constructive way is to use fewer animals in research, not assemble crisis communication teams.”