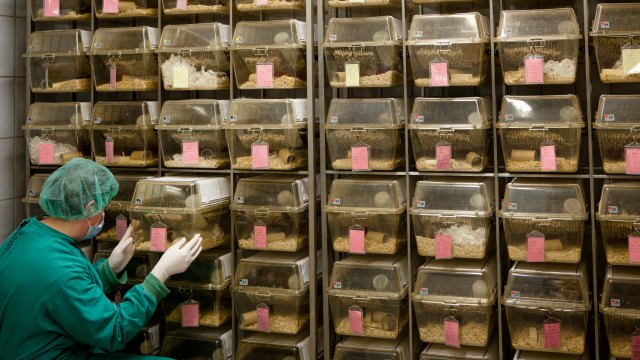 ISTOCK, FOTOGRAFIXXRecent applications for human clinical trials submitted to ethical review boards in Germany are sorely lacking in preclinical evidence from high-quality animal experiments on the proposed treatment. According to a study published today (April 5) in PLOS Biology, more than 95 percent of the preclinical work cited by 109 clinical trial proposals lacked the hallmarks of best practices, such as randomization or blinding.

“This is incredibly alarming,” Shai Silberberg, director of research quality at the National Institute of Neurological Disorders and Stroke in Bethesda, Maryland, tells Science. The study “shows that decision-makers for ethics related to clinical trials don’t get the information they really need to evaluate those preclinical trials.”

Nevertheless, the studies were approved. The authors examined clinical trials submitted to and approved by institutional review boards at three German biomedical institutions between 2010...

The research team found that the vast majority of the preclinical work—89 percent—was not published in a peer-reviewed journal. Furthermore, 82 percent reported only positive findings.

“With a median group size of 8 animals, these studies had limited ability to measure treatment effects precisely. Chance alone should have resulted in more studies being negative—the imbalance strongly suggests publication bias,” study coauthor Susanne Wieschowski, a postdoc at Hannover Medical School in Germany, says in a press release.

According to Science, Wieschowski and colleagues suspect the situation is similar in other countries.