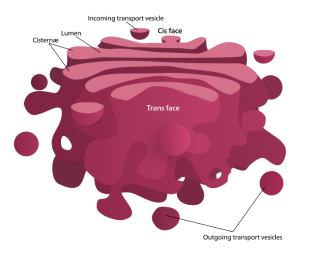 WIKIMEDIA, KELVINSONGThe Golgi organelle gets dismantled in neurons affected by Alzheimer’s disease (AD). In a study to be presented at the American Society for Cell Biology (ASCB) conference this week, researchers show that protecting Golgi from breaking down can actually stall the accumulation of amyloid β (Aβ) in a mouse model of the neurodegenerative disorder.

“Our study provides a molecular mechanism for Golgi fragmentation and its effects on APP [amyloid precursor protein] trafficking and processing in AD, suggesting Golgi as a potential drug target for AD treatment,” Yanzhuang Wang of the University of Michigan and colleagues said in a statement.

According to the authors’ poster abstract, the team proposes a pathway in which Aβ accumulation leads to the fragmentation of the Golgi apparatus via a kinase, cdk5. Blocking cdk5’s activity in a mouse model not only protected the integrity of Golgi, but also reduced Aβ. “A major potential unrecognized source of Aβ toxicity maybe that it compromises Golgi integrity and perturbs the proper trafficking and processing of many proteins essential for neuronal function,” they wrote. 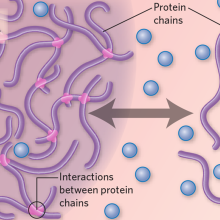