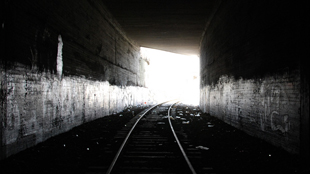 Neuroscientists have recorded intense bursts of neural activity, lasting about 30 seconds, in rats after experimentally stopping their hearts. The researchers claim that the after-death brain activity is associated with a heightened conscious experience and may be a neural correlate of near-death experiences—a suite of euphoric, hyper-real experiences reported by nearly 20 percent of cardiac arrest victims. The findings were published Monday (August 12) in the Proceedings of the National Academy of Sciences.

The University of Michigan researchers, led by Jimo Borjigin, implanted six electrodes each into the brains of nine rats, gave the animals lethal injections of potassium chloride, and measured neural activity as they died. Immediately after the rats’ hearts stopped, the electrodes measured a sustained doubling of synchronized, high-frequency brain activity called gamma waves, which have been implicated in connecting perception and awareness to produce the experience of consciousness.

“By presenting evidence of highly...

“It shows us in considerable more detail than ever done before what happens when the brain is dying,” Christof Koch, a neuroscientist at the Allen Institute for Brain Science in Seattle, told NPR. “The brain doesn't immediately go off, but it shows a series of sort of complicated transitions.”

Similar neural signatures have never been found in dying humans who have been hooked up to electroencephalography devices. Borjigin told Wired that the signals they observed in rats were rather weak and may not have registered in EEG records of human patients because those measurements are taken from electrodes placed on the scalp, not the brain itself.

Other scientists were not convinced that the study revealed anything about what happens in the human brain following death.