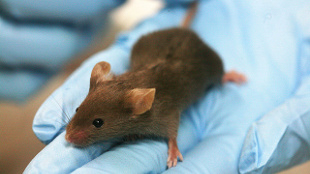 WIKIMEDIA, RAMAIn 2012, a large research consortium released the Encyclopedia of DNA Elements (ENCODE), a decade-long project to map functional elements in the human genome, moving beyond the 1.5 percent of the sequence that constitutes protein-coding genes. This week, researchers announced the completion of the Mouse ENCODE project with a series of papers in Nature, Science, and PNAS.

Using a series of high-throughput assays similar to those used to study the human regulatory landscape, the researchers identified mouse-specific patterns of transcription factor binding, gene expression, and DNA replication. This wealth of data will serve as a guide to researchers who use mouse models to study diseases, brain functions, and other basic biology.

One of the Mouse ENCODE papers, published in Nature, examined the genome-wide binding sites of 34 transcription factors in three different cell types from both mice and humans. In general,...

This information can help researchers make more informed decisions about the utility of mouse models, according to Yong Cheng, a coauthor of the transcription factor study and a postdoc at Stanford University School of Medicine. “If you focus on a gene that is similar to humans, the result should be easier to transfer from mouse to human,” Cheng said in a press release. “But if you're working on a gene that is different, you need to pay more attention to whether this result can be successfully applied to the human subjects.”