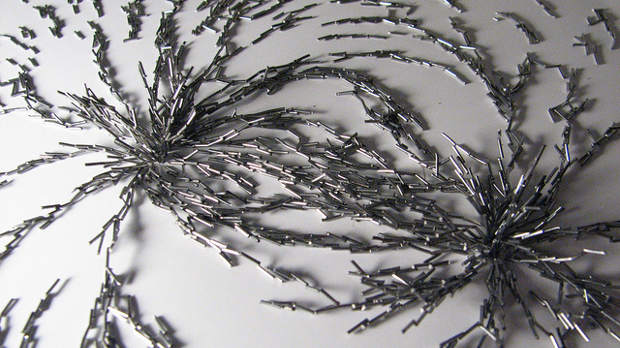 FLICKR, WINDELL OSKAYFusing a channel protein found in nerve endings with the magnetically sensitive region of an iron-storing protein called ferritin, Ali Güler of the University of Virginia and colleagues have devised a simpler way to selectively activate neurons. The researchers engineered a genetic construct encoding this chimeric channel, termed the Magneto protein, along with short sequences that limit its expression to certain neuron types and direct its insertion into neuronal membranes, then used a virus to deliver the construct into the brains of mice. Applying a magnetic field to slices taken from the animals’ entorhinal cortices, the team successfully activated the channel, allowing an influx of calcium into the cells and triggering a nervous impulse.

The team also tested out the approach in live zebrafish larvae, expressing the Magneto protein in neurons that control the animals’ escape response. Sure enough, exposing the fish to a magnetic field induced...

“Previous attempts [using magnets to control neuronal activity] needed multiple components for the system to work—injecting magnetic particles, injecting a virus that expresses a heat-sensitive channel, [or] head-fixing the animal so that a coil could induce changes in magnetism,” Harvard University neuroscientist Steve Ramirez, who was not involved in the work, told The Guardian. “This system is a single, elegant virus that can be injected anywhere in the brain, which makes it technically easier and less likely for moving bells and whistles to break down, and their behavioral equipment was cleverly designed to contain magnets where appropriate so that the animals could be freely moving around.”

“Anything that the animal with Magneto feels and does and perhaps thinks can be remote controlled by magnetic fields,” Duke University’s Wolfgang Liedtke, who did not participate in the research, told Inside Science.