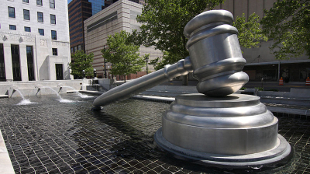 WIKIMEDIA, SAM HOWZITGary Dudek of southeastern Pennsylvania has been charged with stealing more than $350,000 worth of human skin from the Massachusetts-based regenerative medicine biotech Organogenesis, where Dudek worked as a sales rep from 2006 until last September, reported Philly.com. He was arrested on Monday and now faces criminal charges for theft, receiving stolen property, and tampering with records, according to the Associated Press.

The alleged skin stealing took place over the span of multiple years, sources report, achieved by the unauthorized orders of more than 200 skin grafts for Mercy Philadelphia Hospital. The grafts never made it to the hospital, but Philadelphia police said they do not know their whereabouts, nor Dudek’s motive for stealing the human organ. A local CBS News broadcast did suggest one possibility, however: money. Dudek apparently would have received commissions on each graft ordered. The skins may have also been sold for...

Organogenesis does not appear to be at fault, and the company’s director of corporate communications, Angelyn Lowe, told Philly.com: “We’re known as the most ethical company in the business.”

Dudek’s preliminary hearing is scheduled for next week (June 10). His lawyer, defense attorney Eugene Tinari, called the charges “draconian” and told WCAU-TV that the matter should be handled in civil court.