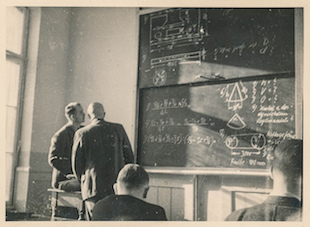 FLICKR, SIMPLEINSOMNIAThe findings of a new study challenge the commonly held notion that a hiring bias contributes to the underrepresentation of women in science, technology, engineering and math (STEM) fields—at least in France. Researchers at the Paris School of Economics compared the scoring of competitive exams used to recruit almost all secondary and postsecondary teachers and professors. The team found a bias in favor of women in math, physics, and philosophy, which increased with the degree of male domination in the field, according to a report published today (July 29) in Science.

“These findings have implications for the debate over what interventions are appropriate to increase the representation of women in fields in which they are currently underrepresented,” the authors wrote in their study.

Thomas Breda and Mélina Hillion of the Paris School of Economics compared oral non-gender–blind tests with written gender-blind tests for about 100,000 men and...

While the researchers acknowledge many possible reasons for the underrepresentation of women in STEM fields, they noted that there is “no compelling evidence” of hiring discrimination against people who have already decided to pursue a teaching career in a field in which they are the minority gender, and that non-gender–blind evaluations may narrow these gaps faster than gender-blind approaches.