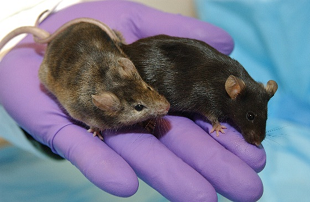 MAGGIE BARTLETT, WIKIMEDIAThe accumulation of senescent cells in the body is associated with the development of a range of age-linked diseases, including arthritis, heart failure, and Alzheimer’s. Now, a mouse study from the Mayo Clinic in Rochester, Minnesota, suggests that purging these cells from the body might stave off the negative effects of aging. The results were published this week (February 3) in Nature.

“If it’s correct, without wanting to be too hyperbolic, it’s one of the more important aging discoveries ever,” Norman Sharpless from the University of North Carolina, Chapel Hill, School of Medicine, told The Atlantic.

Senescent cells are known to produce harmful molecules that can lead to damage in surrounding tissue. To test the effects of removing these cells, the researchers engineered mice that, when injected with a specific drug, would destroy approximately 70 percent of their senescent cells at a time. The researchers...

Initially, the effects were not obvious. But as the mice aged, the researchers found that treated mice had healthier hearts and kidneys than untreated mice, and developed cancers later in life. The treated animals also lived about 20 percent to 30 percent longer.

The team is exploring the possibility of translating the research into human medicine. “If you had asked me about this in 2011, I would have said we were a long way off,” study coauthor Darren Baker told New Scientist. “But we’ve been working with a company to find drugs that kill senescent cells, and it’s easier than we thought.”

Dominic Withers of Imperial College London’s MRC Clinical Sciences Centre told NPR’s Shots that although the research pointed to a viable target for therapeutics, more work is needed to determine the potential side effects of removing naturally occurring cells from the body.

“There’s still quite a lot to learn about whether you would want to try and kill senescent cells or do something to the senescent cells that exist,” he said. “One needs to move forward with care about trying to just kill off senescent cells with the anticipation that things will be wholly beneficial.”