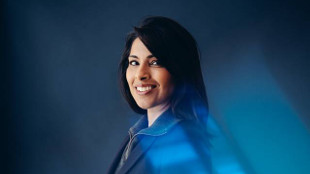 The biomedical engineer behind the human microliver and a urine test for cancer detection, Sangeeta Bhatia, has received the $500,000 Lemelson-MIT Prize for mid-career inventors. Bhatia is a Howard Hughes Medical Institute Investigator and a professor at MIT, where she directs the Laboratory for Multiscale Regenerative Technologies.

“Dr. Bhatia is a wonderful example of a woman who has used her brilliance, skill, and creativity to radically improve the detection and treatment of serious global health issues,” said Lemelson Foundation chair Dorothy Lemelson in a press release announcing the award this week (September 9).

Many of Bhatia’s inventions are aimed at simplifying medical diagnostics in developing countries, where cancer is a growing problem, but mammograms and colonoscopies are often inaccessible. The urine tests developed by Bhatia and her colleagues harness unique proteases produced by cancer cells. A patient is injected with nanoparticles carrying specially designed substrates for the cancer-specific...

The human microliver grows in a high-tech Petri dish inspired by the photolithography used to produce semiconductors. The resulting liver cells closely mimic the behavior of their in vivo counterparts. A spin-off company, Hepregen, now sells the technology to pharmaceutical companies to test potential drug molecules for toxicity. The microliver can also reproduce the liver stage of malaria infection, making it a useful system for evaluating antimalarial drug candidates.

“We try to be really nimble,” Bhatia said of her research group. “As innovations emerge, we're constantly asking whether they can be repurposed for one of the two diseases we concentrate on: liver disease and cancer,” she told NBC News.