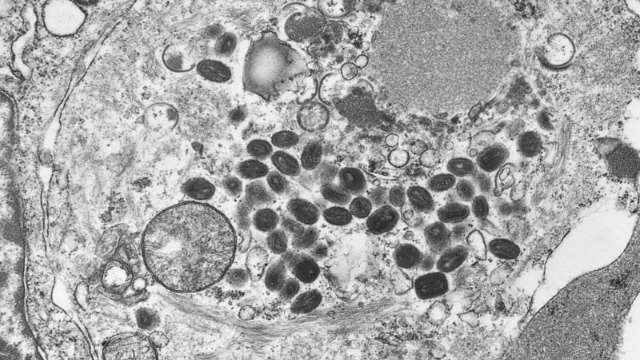 A transmission electron micrograph of a tissue section containing variola virusesWIKIMEDIA, CDC/FRED MURPHY; SYLVIA WHITFIELDIn 2014, during a clean-up of a Food and Drug Administration (FDA) storage unit on the National Institutes of Health (NIH) campus, an FDA researcher uncovered several decades-old vials of smallpox that had sat, untouched for years. The troubling situation sparked investigations by numerous authorities, including Congress, the Centers for Disease Control and Prevention (CDC), and the Federal Bureau of Investigation (FBI). Most recently, a panel established by the NIH released its review in May, identifying how the deadly virus went overlooked for so long.

“[N]either FDA nor NIH had policies in place that assigned full responsibility for the space and its contents to any one individual,” the report finds. “Investigators knew who to contact in an emergency, but the presence of the abandoned samples did not cause any concern or raise alarms. ....

The external reviewers, chosen by the NIH, note a number of other procedural lapses that could have contributed to the oversight. For instance, prior to 2014, there was no inventory policy in place to catalog abandoned samples.

The review also concluded that the response to the discovery—handled by CDC, FBI, NIH, and FDA—was rapid and thorough, although there was one trouble spot: an FDA official put the boxes of vials into another cardboard box and hand carried it to a more secure facility, rather than waiting for the NIH’s Division of Occupational Health and Safety to handle the samples appropriately.

The NIH should have been clued into the possibility that dangerous agents were being stored improperly. The report points to incidents in 2008, 2011, and 2012 in which hazardous microbes were either used, inventoried, or stored inappropriately. Yet, an investigation into these prior lapses focused only on researchers using particular toxins or biological agents. “A more comprehensive effort to ensure full compliance with Select Agents Regulations might have led to the discovery of the smallpox virus samples at the time of one of these incidents,” the reviewers conclude.

Ultimately, after the CDC confirmed the smallpox samples were viable, the agency destroyed them with the oversight of the World Health Organization. They should have been destroyed or transferred to the CDC during the 1980s, as part of a global agreement, but no one at the NIH could say how these vials escaped notice, according to the report.